Dec 17, 2021 · 2 min read
On December 8th, 2021, Peyton Murphy of the Murphy Law Firm team joined hands with Ron Richmond of Kelli’s Kloset and Jim Moran from The Moran Group to bless six local families affected by cancer. These six families were specifically recommended to Kelli’s Kloset by Woman’s Hospital, Ochsner Health, Guaranty Media and other locals in the area. The selected families will arrive at Murphy Law Firm at 3:30 p.m. They will then share their personal stories of how cancer has impacted their lives, and each family will be gifted with a monetary donation of five hundred dollars. To conclude the event, we will be taking pictures with the families in front of the Kelli’s Kloset bus. 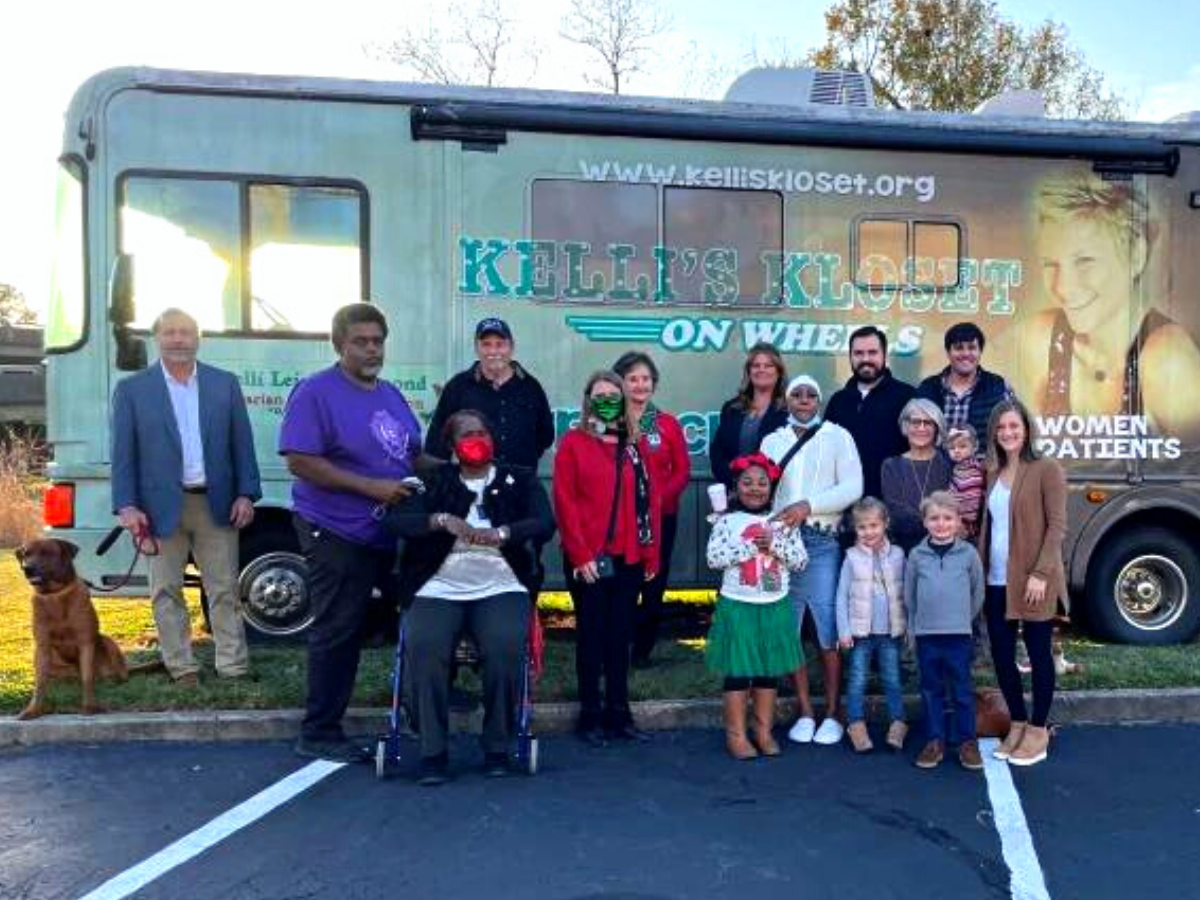 Kelli’s Kloset is a local non-profit organization that opened its doors in 2014 by Ron and Patsy Richmond in memory of their daughter, Kelli Richmond. Through Kelli’s ovarian cancer treatments, it quickly became obvious to her that cancer patients receiving treatment go through drastic weight gain and weight loss. She often wondered how those struggling financially could afford the new clothes required. One time while taking a chemo treatment, Kelli noticed a woman who had a skirt pinned up for it to fit. Kelli told her mother how lucky she was to be able to afford new clothes during her weight fluctuation. She told her mother that when she got better, she would start a place where all women cancer patients can get clothes that fit for FREE. She said, "I will call it Kelli's Kloset."

Unfortunately, Kelli didn't live to make her dream come true, but her parents are living out her legacy for her daily. Ron and Patsy have made it even bigger than providing just clothes. Donations, such as these, for families that are affected by cancer, have been integrated into Kelli’s vision and touch the lives of those who need it most, and especially during the holiday season. Check out the story on WAF9 and on BR Proud!
Facebook Twitter Email Pinterest LinkedIn Reddit WhatsApp