What to Do After a Car Accident Checklist

This is Peyton Murphy's "What to Do After a Car Accident Checklist" We'll help you navigate your way through a car crash and the aftermath. 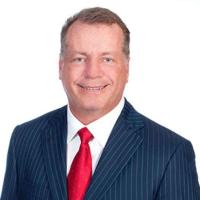 Peyton Murphy has been fighting against big insurance companies for nearly 30 years as one of the top Baton Rouge personal injury lawyers and car accident attorneys.

If you've ever been in a car accident, you've probably experienced a rush of emotions all at once: fear for your or your passengers' safety, apprehension about the incoming costs to repair your car, and frustration at the other driver can be just a few of them. Your stress probably shot through the roof, and you might've found it hard to keep a clear head and remember the many steps to take in the aftermath of a car wreck with our What to Do After a Car Accident Checklist.

After you're involved in a collision on the road or highway, there are a number of do's and don'ts to follow, in order to protect yourself legally, financially, and physically. Below, we'll discuss the best – and worst – actions you can take during and after the accident, as well as in the following weeks and months.

At the Scene of the Crash

The first thing you should do after a crash is make sure you and everyone in your vehicle are without any immediate medical emergencies. After that, get out of your vehicle and call the police, as well as an ambulance if needed.

Do not leave the scene of the crash. You could be charged with a hit and run or even face charges if you do, even if you have somewhere important to be. In addition, do not move your vehicle or allow the other driver to move theirs, unless the police officer who arrives tells you to. The positions of the vehicles will be used as evidence for fault.

When the police officer or EMTs arrive on the scene, follow their instructions politely and completely. They'll ask for your insurance information, driver's license, and your car's registration. Have that paperwork ready for when the police get there to make the proceedings as smooth as possible. In addition, inform the police of any drunk drivers, since it might not be immediately obvious to a third party.

When you get the chance, do swap your insurance information with the other driver, but don't discuss the crash or what happened. Your words can be used as evidence by their insurance company. Whatever you do, never take responsibility for the accident, including saying, “I'm sorry.” In many jurisdictions, those words can be claimed as an admission of guilt!

Aftermath of the Crash

After the crash, make sure to take as detailed notes as you can, describing the scene, the people involved, and the damages to all vehicles. If you can, take pictures of the damage and of the scene. These descriptions and images can be used in court as evidence.

Along similar lines, don't sign any papers you're presented with or agree to any damages without talking to an experienced lawyer. Don't give any details to the other insurance company yourself, since they might ask leading questions designed to make you look bad. In addition, don't agree to any payment before your final medical treatment – you can't be sure how much treatment might cost.

You should contact your own insurance as soon as possible after an accident, to prevent them denying a claim on your behalf. Also, go to your doctor to discuss your injuries and get your medical records, which can also be used in court.

Finally, make sure you hire a car accident lawyer who's experienced enough to know what you deserve, as well as fierce enough to fight for your rights in court if need be. The car accident attorneys at Murphy Law Firm in Baton Rouge and St. Francisville have worked car accident claims in Louisiana for years, so we know how to work the system to your benefit. Plus, we know what it's like to deal with insurance companies and other businesses that are reluctant to pay out, and we know how to make sure they pay their fair share for your medical bills, lost wages, and any other physical or emotional trauma. You deserve compensation for you injuries, and we will fight to get it for you!

If you've been injured in a car accident, give the injury lawyers at Murphy a call! We're so dedicated to helping you with your claim, we won't even take a fee unless we win. Give us a call or schedule your free consultation online today!
Facebook Twitter Email Pinterest LinkedIn Reddit WhatsApp